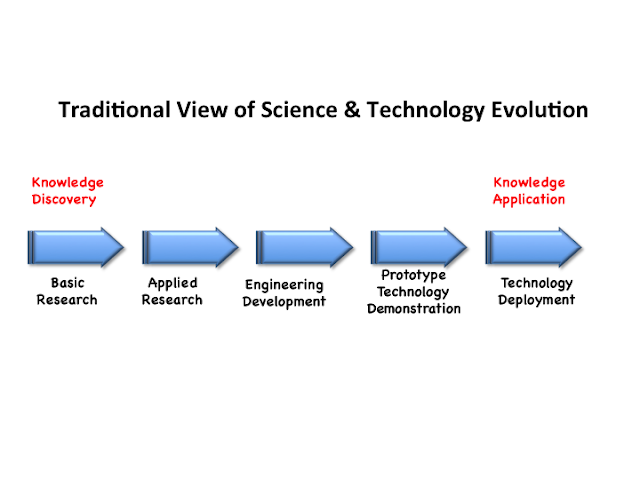 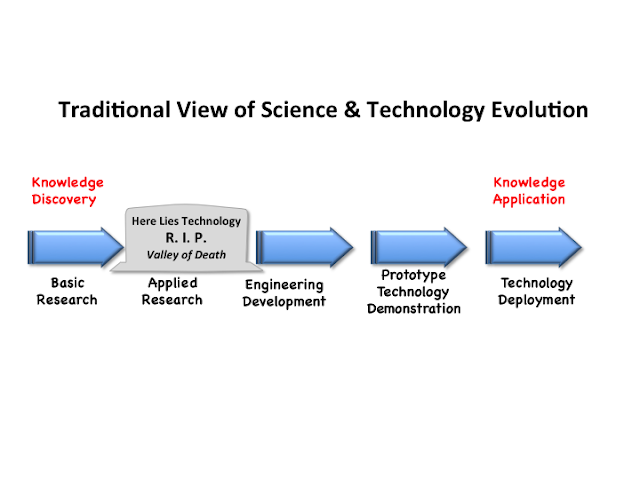 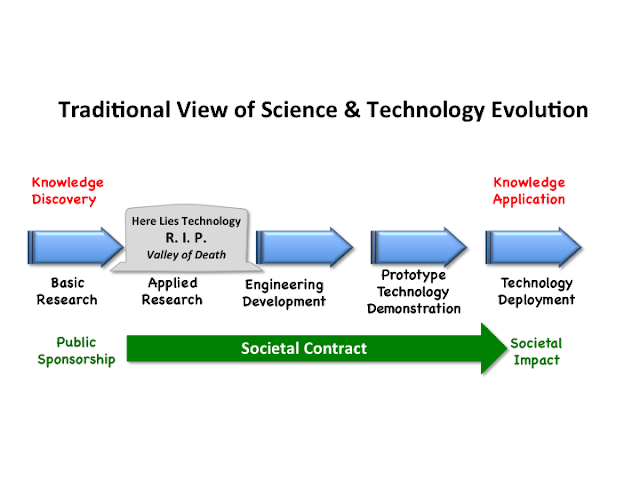 Post # 76: Innovation, Risk Aversion, and "The Maker Next Door"

Risk aversion is killing us.  Or more to the point, it's killing innovation.  Everywhere.

I remember the moment Neil Armstrong stepped on the moon.  I was a teenager watching him and Buzz Aldrin on a black and white television in our living room.  Frankly, I can't imagine the U.S. pursuing so bold an effort as the Apollo program in today's "take no risk" and "protect everyone against everything" environment – even if such a program was deemed affordable. 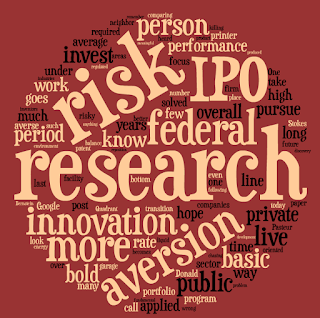 Many governments (including ours) have grown so risk-averse when it comes to research and development, it's becoming almost impossible to pursue the type of bold research required to solve our largest problems or pursue our grandest dreams.

Ask yourself how long it has been since you heard of any research at a federal R&D facility that actually solved a problem that really matters to the average person in your community.  You know – the "average person" who's working hard every day to shelter, feed, clothe, and educate their family.

I'm not saying our federal R&D budget isn't bearing fruit.  But overall, our federal research portfolios during the past 20-30 years have tended to focus on "basic research" and the pursuit of fundamental discoveries that often have few – if any – practical implications for the foreseeable future.  Often this is also research in which failures (conveniently) go unnoticed by the "average person."

I'm all for discovery-oriented research.  Really.  But I feel the times in which we live should compel us to invest the majority of our tax-funded-research in areas with the potential to IMPACT our daily lives in meaningful, tangible ways.  As much as I love physics, chasing the Higgs is not one of these areas.  (I suspect my viewpoint stems from the basic motivational differences between a scientist and an engineer.)  There are signs of hope, and the last few years have witnessed some improvement in the overall balance of our federal research portfolio (applied vs. basic).  In any event, we still have a long way to go to achieve appropriate balance – one that places highest priority on "Pasteur's Quadrant" research (to quote Donald Stokes).  (But more about Donald Stokes and "Pasteur's Quadrant" in a future post.)

Having spent over thirty years in the federal R&D environment, I know from experience that talented researchers in the federal R&D establishment struggle under a growing burden of well-intentioned orders and regulations that make it devilishly expensive and extremely time consuming to work with anything carrying the "hazardous" or "risky" label.  Try building a laboratory today in a federal research facility to work with liquid metals, molten salts, high voltages, high pressures, high temperatures, or (heaven forbid) anything radioactive.  It costs too much.  It takes too long.  It requires too many approvals.

The picture doesn't look much better in the private sector.

One would think the private sector would reward innovation.  Sometimes it does.  Apple and Google are household names.  (Heck, Google is now a verb!)  But dig a litter deeper, and things look ugly.  I just ran across a fascinating paper by Sahi Bernstein, an assistance professor at Stanford's Graduate School of Business.  Dr. Bernstein has been studying the impact of the transition from private to public ownership on a business's innovation performance.  He did this by comparing the performance (patent citations) of a large number of companies over a three-year period just prior to their initial public offering (IPO), to their performance in the five-year period following the IPO.  His analysis found a forty percent drop in innovation novelty (the degree of incremental innovation) in the post-IPO period compared to the pre-IPO period, but little change in the rate at which patents were awarded.  His conclusion? "The results suggest that the transition to public equity markets leads firms to reposition their R&D investments toward more conventional projects."  The paper goes on to say... "I find that the quality of innovation produced by inventors who remained at the firm declines following the IPO and key inventors are more likely to leave."  It appears that once a company goes public, it becomes more focused on bottom-line profits for its investors than on continuing the risky behaviors (read that bold innovations) that spawned their success in the first place.

So where will innovation occur in this poorly-regulated, bottom-line-oriented, better-is-the-enemy-of-good-enough culture we have made for ourselves?

Our best hope may the person I call "The Maker Next Door."  You know.  That guy (or gal) with the 3D printer, the Arduino, and the TIG welder.  The neighbor whose garage lights seem to stay on late at night after all the other neighbors have gone to bed.

But wait!  My garage is calling.  The soldering iron is hot, the air compressor is running, and that new dual-head 3D printer just arrived.   I'm outa here...
Posted by Sherrell R. Greene at 8:52 PM No comments: