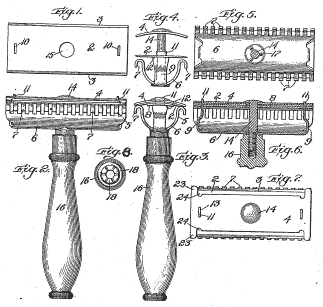 I grew up watching my Dad shave with an old Gillette "Butterfly" safety razor. By the time I reached bearded adolescence in the late 1960's, "sophisticated" gentlemen were moving away from that century-old technology to the latest greatest method of removing facial hair – the electric shaver.  So, of course, as an aspiring suave and debonair young man in the age of the Apollo moon landings, I went with the electric shaver.

Funny thing.  It irritated my face and didn't do a particularly good job on the whiskers either.  Never mind.  I was suave and debonair (remember?)  So I stuck with that rotary abrasive machine for twenty years.

Then, in the late 1990's Gillette introduced it's now famous "Mach-3" razor handle and tri-blade razor cartridge.  I had to have one.  (That suave and debonair thing again...).  My original Mach-3 gave up the ghost about 10 years after I purchased it.  I then purchased a fancy red one.  I still have that fancy red Mach-3, and I've shaved with it every day since I purchased it... fighting off the subsequent enticements to move to four-blade razor cartridges, five-blade razor cartridges, articulating razor heads, and (now) pivoting / gimbaled razor heads.  (I'm sure I've left out someone's favorite evolution.)  I'm convinced that if beings from another galaxy landed here and watched a series of today's razor commercials, they would be certain they were looking at micro surgical instruments for brain surgery - not something intended to remove facial hair!

I've used that fancy red Mach-3 every day – until about three weeks ago, that is.  On that fateful day, I journeyed down the razor aisle of the local Walmart with my wife.  I couldn't believe my eyes.  The aisle was filled with multi-blade razor cartridges of all colors and shapes.  But it wasn't the colors and shapes that grabbed my attention.

It was the price – $3.50 to $4.50 per cartridge.  That's right.  $4.50 for a multi-blade razor cartridge that one affixes to the end of that old Gillette Mach-3, uses for two weeks (max) and discards.  Why had I not noticed this before?  Because my lovely wife has been purchasing my blades all these years.

Then it dawned on me.  Could it be that the reason the "Mach-3" razor is called the "Mach-3" is that that's about the speed at which it liberates dollars from your billfold for those outrageously expensive razor cartridges? 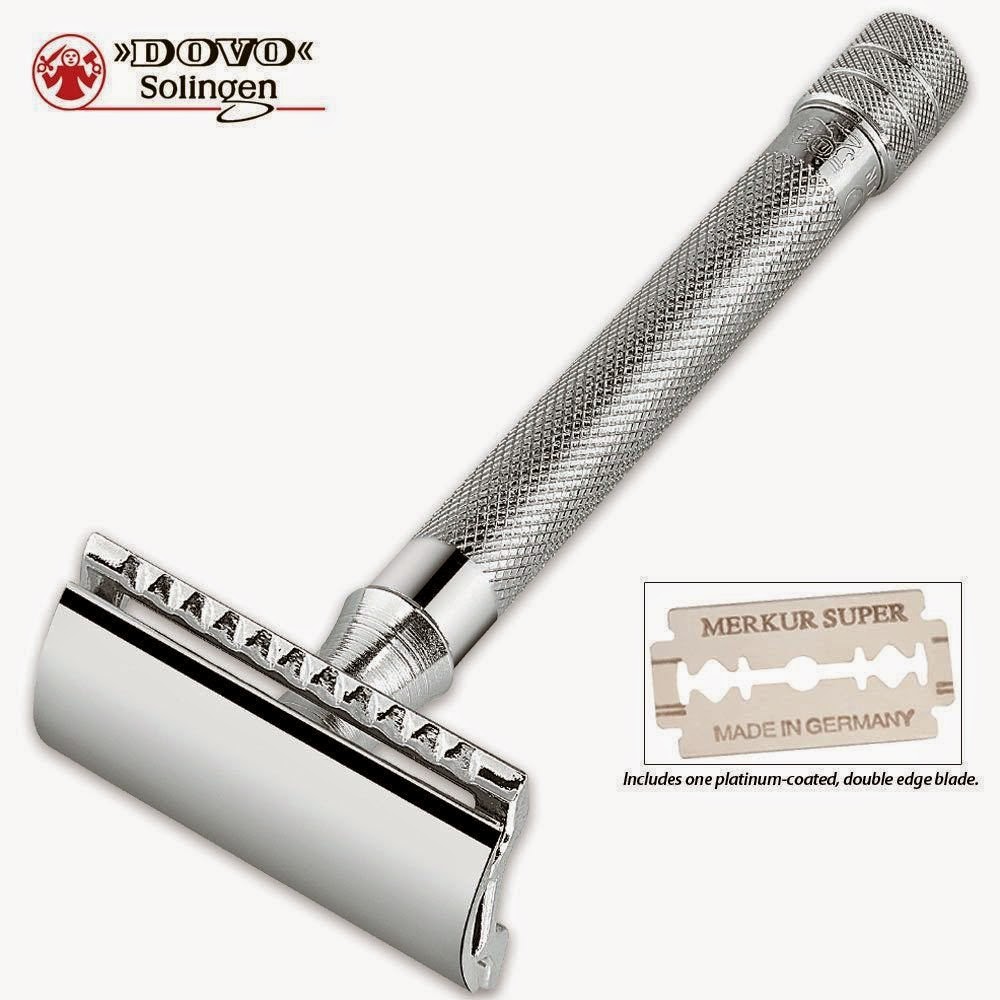 And what have I learned in the past three weeks with my Merkur experiment?

I've been a suave and debonair idiot for 45 years.

Two weeks into the experiment with the Merkur, I've only nicked myself once (clumsy).  I can tell NO difference between the quality of the shave the "old faithful" Merkur" is giving me vs. that Mach-3 with the nonobtainium blades.  And I'm actually enjoying shaving again.  Oh... and I've just finished my second week on the blade that came with the razor.  So... if this performance is representative, at $14/100 for blades, I'll be spending 1.4 cents every two weeks for blades in the coming year.  That's less than $7 a year for blades – instead of $100/yr I've been spending.

1.  When the consumer isn't price-conscious, or isn't the one making the "buy decisions", you can sell almost anything for almost any price.  Just convince them it's a cool piece of technology.

2.  After 14 shaves, I can honestly tell you, I can detect NO difference in the quality of shave between the fancy modern cartridge razor and the old-school Merkur safety razor.  Conclusion(s)? Sometimes, our ancestors got it right.  We need to admit it.  Celebrate it.  Move on.  Put our creative juices into solving some other problem.

And my final advice to you guys out there?